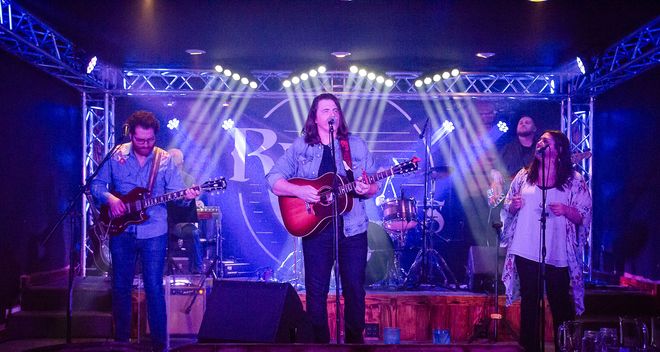 Posted at 21:56h in Stage of Stars by Kelley Burton

Rye Davis is a modern day troubadour from Pig, Ky.  Performing over 150 shows a year both as a headliner and supporting act. In that time he has opened for names like Ward Davis, The Steel Woods, Chris Knight, Brent Cobb, Sunny Sweeney, Whitey Morgan, and  Bucky Covington. He has been an invited performer at Nashville’s famous Bluebird Cafe and featured on ABC’s Rising Star competition where Brad Paisley said ” You sound a lot like Alan Jackson.” Rye’s smooth, distinctive vocals, captivating songs and live show energy bring his brand of country music to a whole new generation of growing listeners who never knew what country could be. Armed with a can-do attitude and determination, Rye Davis stands as a beacon of hope for the return of real, down home music.