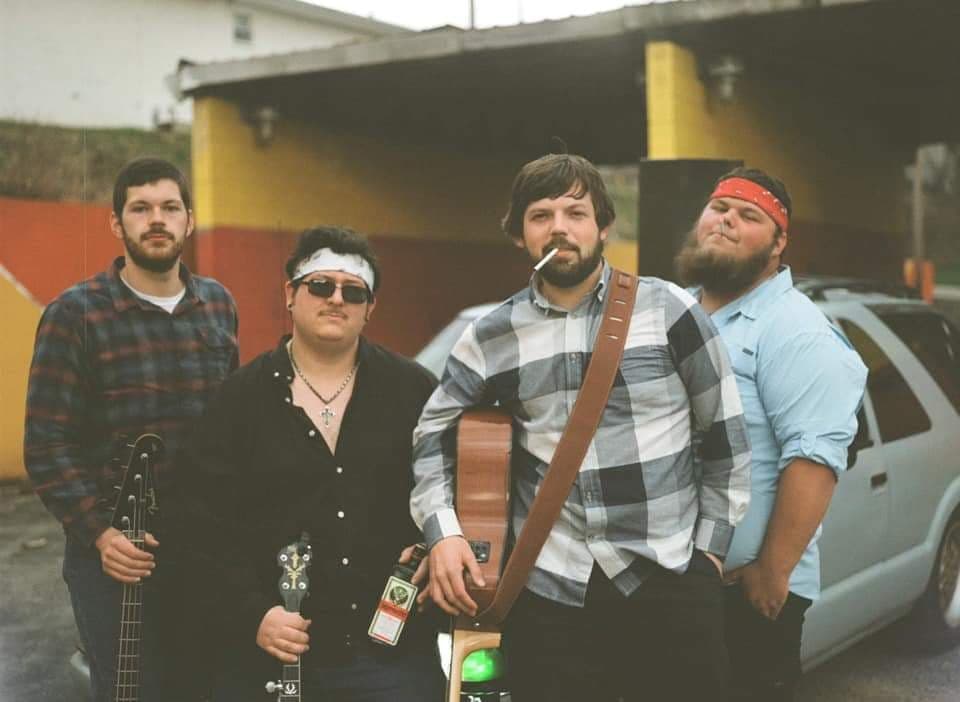 Posted at 11:03h in Sanders Stage by Kelley Burton

Sanders Stage
Presented by Sam 103.9 and Kinetic by Windstream

Eight Daze Sober is a folk rock/country band out of Laurel County. The group is composed of vocalist, harmonica player and banjo player Justin Riley; vocalist/guitarist Elijah Jarvis; bassist/guitarist Logan Turner;  drummer Keith Greene and cajon player Brad Jarvis. In February of 2019 they released a cover video of the song “Ain’t no Sunshine when she’s Gone”. Within a few days the video had risen to over 17,000 views. It was at that time that they decided to start an actual band. They spent the following year playing shows almost every Friday and Saturday. Eventually the band was chosen to open for top-50 country artist Dillon Carmichael and later that year they were nominated for 6 Lexington music awards for which they won two. Eight Daze Sober has a fantastic lineup of covers from all genres and decades that They effortlessly transform these songs into their own musical style and also mix in their own original material as well. The band expertly combine banjo, guitar, bass, percussion, and harmonizing vocals into their music for a Kentucky Roots Country/Folk sound like no other!