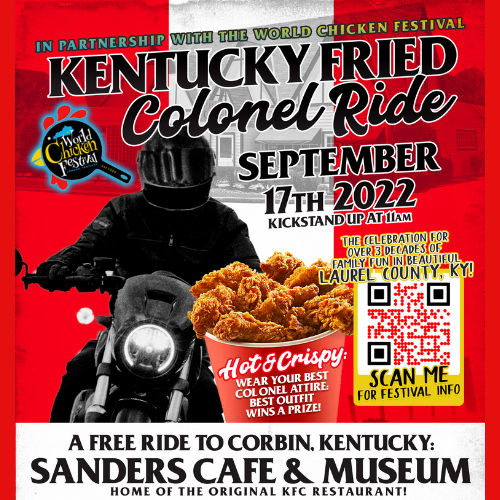 Posted at 16:46h in Attractions, Contests by Kelley Burton

It’s a new spin on tailgating, getting pumped for the World Chicken Festival with Wildcat Harley Davison dealership in London, Kentucky. Put on your best Colonel Sanders attire and join them for a ride to the Sanders Cafe & Museum. Anyone who dresses up like the Colonel gets lunch on Wildcat Harley Davidson. Imagine seeing Interstate 75 for miles with Colonel Sanders with his signature white suit flowing in the wind, headed to Sanders Cafe, the inspiration for the World Chicken Festival, in southern Laurel County. 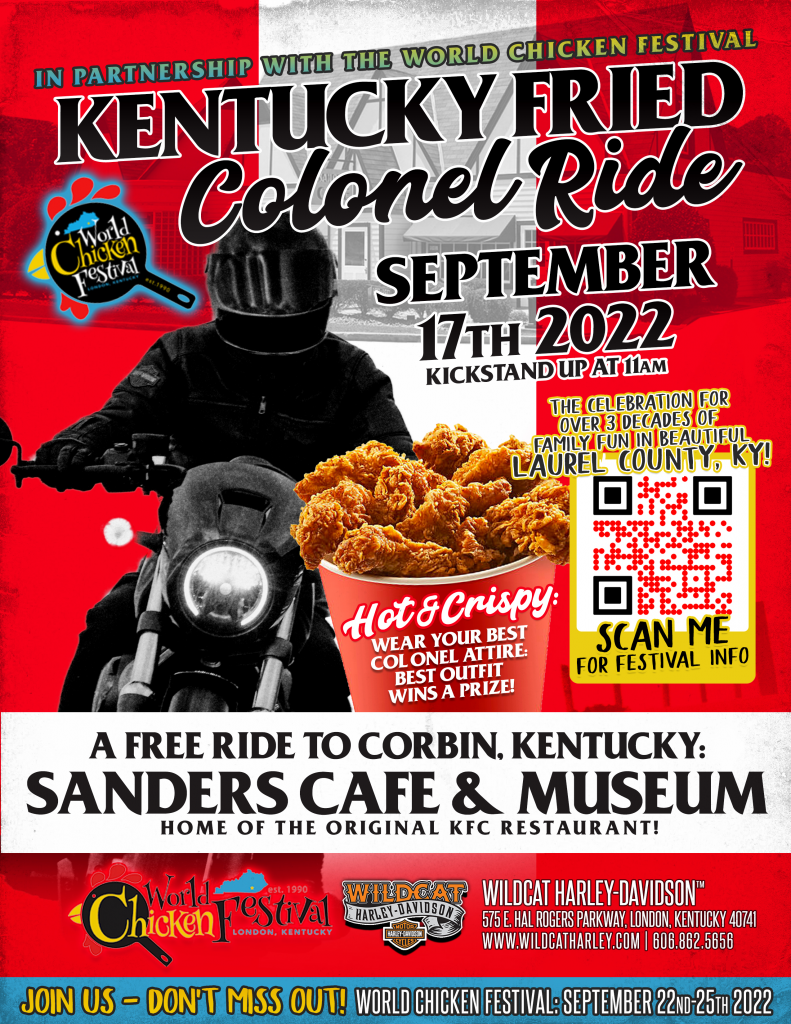