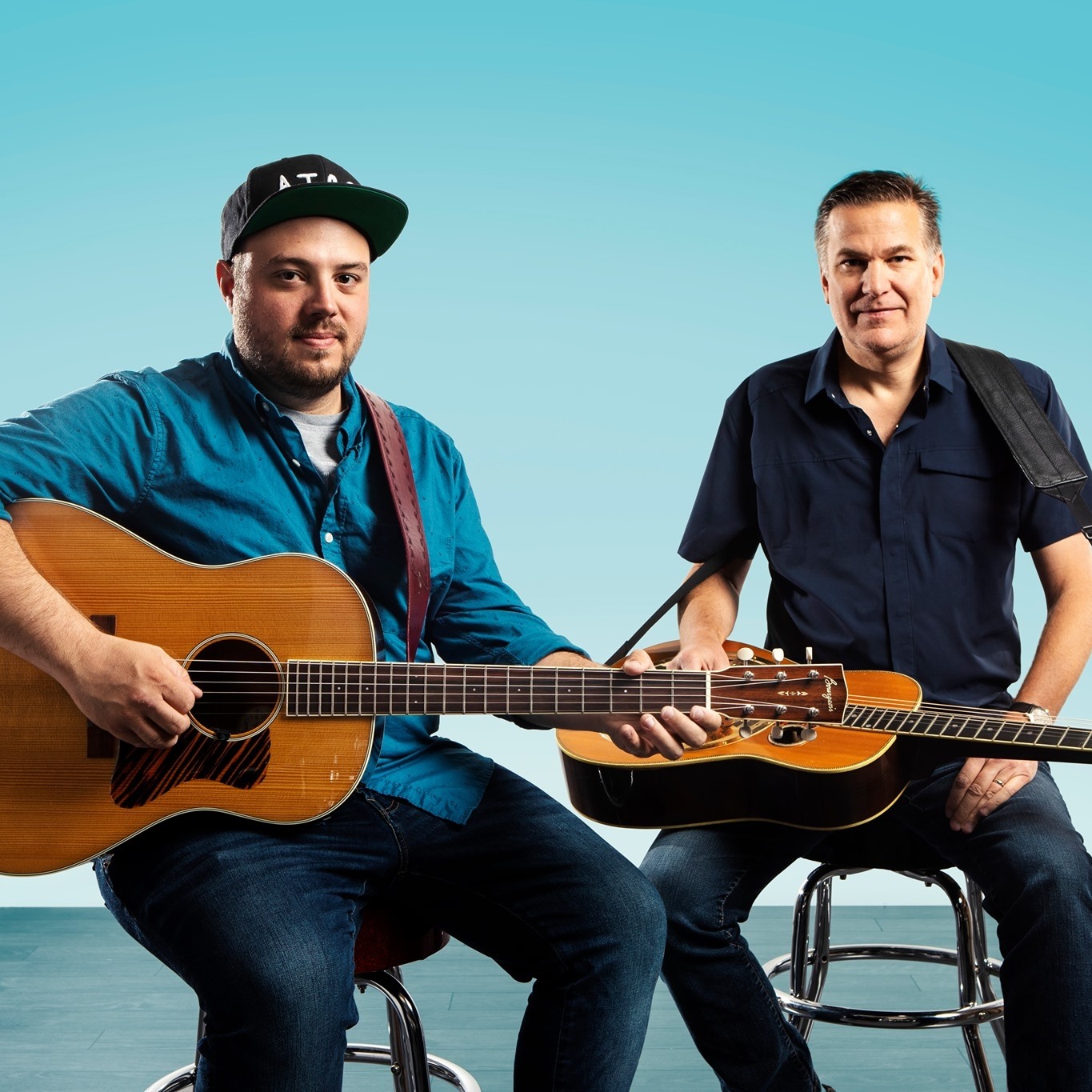 Take a 15-time IBMA (International Bluegrass Music Association) Dobro Player of the Year and a Tennessee-born guitar prodigy who made his Grand Ole Opry debut at the age of 11, and you have Rob Ickes and Trey Hensley, a powerhouse acoustic duo that has electrified the acoustic music scene.

Ickes and Hensley have gained some added grit and a nod to the roots side of Americana aided by the guiding hand of GRAMMY-winning producer Brent Maher on the duo’s new Compass Records album, World Full of Blues (released Oct. 4, 2019). Maher, known for his production and engineering of such diverse artists as Elvis Presley, Roy Orbison, Merle Haggard, Kenny Rogers, The Judds, Faces, Ike and Tina Turner, Sly and the Family Stone, and Chuck Berry, loved the duo’s demos and signed on to produce immediately upon hearing them. Acclaimed bluesman Taj Mahal provides his unmistakable mojo to the title track and country music legend Vince Gill guests on an inspired rendition of cover of the Grateful Dead’s moonshiner song, “Brown-Eyed Women.” The project includes a range of songs that could be featured on a vintage Sun Records recording to Trey’s more traditional country originals.  On World Full of Blues, they move beyond the acoustic-centric sound of their previous two releases (including the GRAMMY-nominated (Before The Sun Goes Down) and juice things up with Hammond B3 and a horn section.