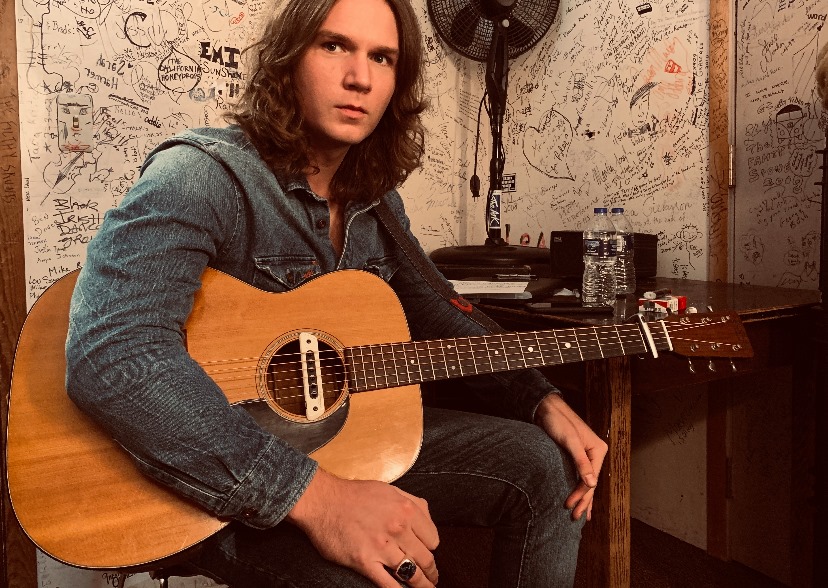 Posted at 22:21h in Stage of Stars by Kelley Burton

Occupying a space between straight-laced folk and the spacy Americana of Sturgill Simpson, Ian Noe arrived during the twilight of the 2010s, delivering the Dave Cobb-produced debut album Between the Country in 2019. The album was the culmination of a decade of writing and gigging in his native Appalachia, hard work that eventually paid off as audiences gravitated to his evocative, finely etched original songs.

A native of the small Eastern Kentucky town of Beattyville, Ian Noe learned how to play guitar as a child, receiving lessons from both his father and grandfather. Music was a huge part of his life, and by the time he reached his adolescence, he was drawn to songwriters who specialized in storytelling, such as his fellow Kentuckians Tom T. Hall and Dwight Yoakam. He amassed a songbook of original tunes and started to play locally, winning the grand prize of 2007’s Appalachian StarSearch with his tune “Don’t Let the Morning Bring Ya Down.” Shortly afterward, he recorded a collection of his originals, releasing the ten tunes as an eponymous album in 2008. Armed with a self-released album that doubled as a calling card, Noe was soon playing whatever place would have him, taking day jobs in the process. Along the way, he racked up several accolades, including being named the finalist in the Boston Folk Festival Songwriting Competition.

When he reached his early twenties, he briefly moved to Louisville but found the larger town a struggle, so he moved back home, where he worked an oil rig during the day and toiled away at his music at night. During the mid-2010s, Noe began to make inroads in Americana, thanks in part to him being taken under the wing of manager Mary Sparr. In 2017, he released the EP Off This Mountaintop on Silver & Gold Recordings. Not long afterward, he earned an opening slot for Colter Wall, and soon buzz began to build around Noe. His profile increased dramatically when Jason Momoa — an actor who first gained fame as Khal Drogo on Game of Thrones who later became a star as Aquaman — featured Noe on his YouTube channel.

Landing a contract with Thirty Tigers, which placed him on their subsidiary National Treasury Recordings, Noe headed to Nashville to cut a full-length album with producer Dave Cobb. After a series of pre-release songs, including a new version of “Irene” from Off This Mountaintop, Noe released his debut Between the Country in 2019. Artist Biography by Stephen Thomas Erlewine